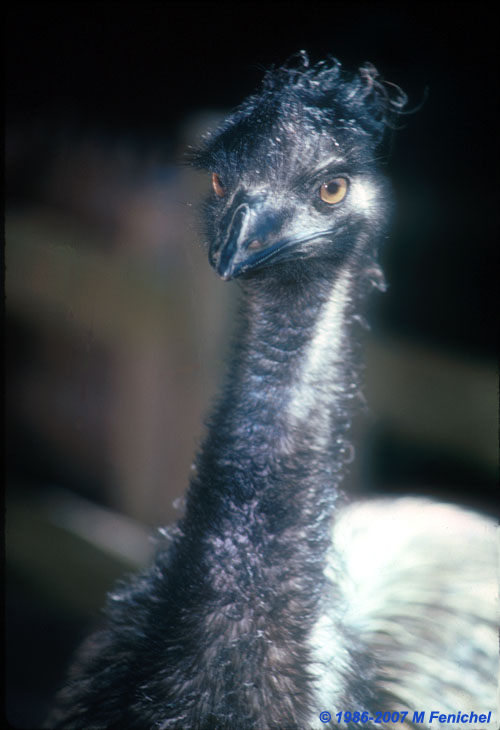 
Like the hairstyle? (Me, too!) This is the world's 2nd largest bird, the Emu, cousin of the largest bird on earth, the Ostrich, and maybe related to Sesame Street's Big Bird.
To get this image, I had to follow her around for a while.
I took the shot just as she stopped and turned, apparently just short of attacking me. I found out only later, these are not particularly friendly creatures!